We have completed a feasibility study for a school expansion on a bunker in Wedel. The school was designed in the 1960s during the Cold War so that it could be used as a hospital in the event of a war. Some of the hospital rooms and operating theatres were housed in an underground bunker.

Above the single-storey bunker there are classrooms, some of which are dilapidated and are to be replaced by a building with a larger capacity. Our design provides for an arrangement of up to 27 classrooms, which are arranged on 3 levels. Thanks to its step-like cubature, the building allows sufficient lighting for an existing schoolyard and the roof terraces are greened. Different variations of the scheme could be implemented based on the choice of the number of floor levels

Inside there is a two-story break hall, which provides a view of the underground bunker system through openings in the floor. The hall and the extension building are divided into a school complex with several sub-units, which has been continuously expanded and changed over the past decades. With the new terrace building, a reference to the history of the building is made for the users for the first time. 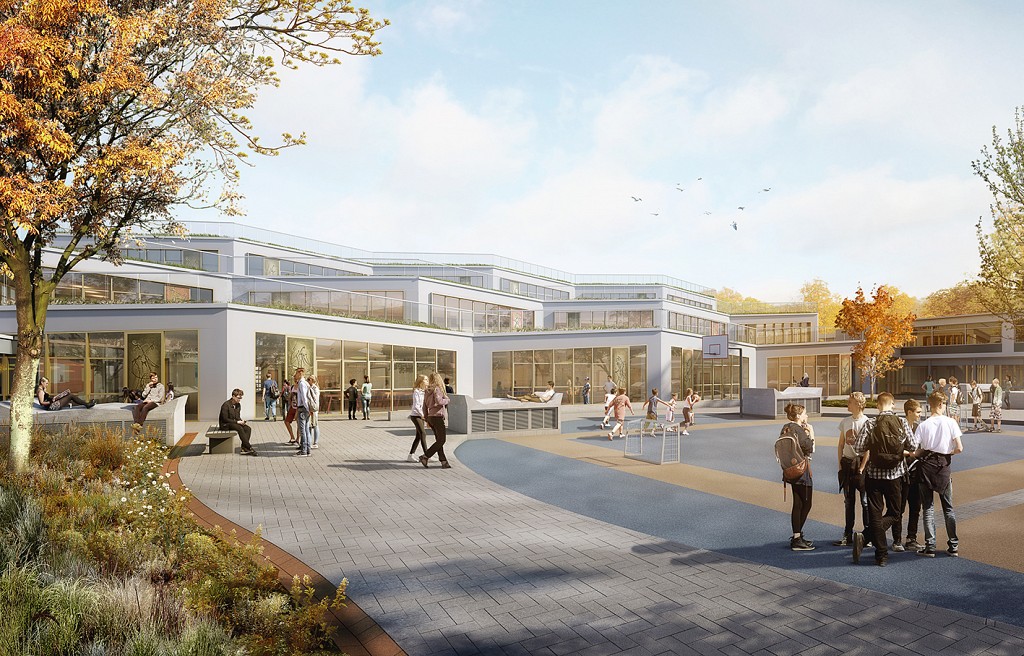 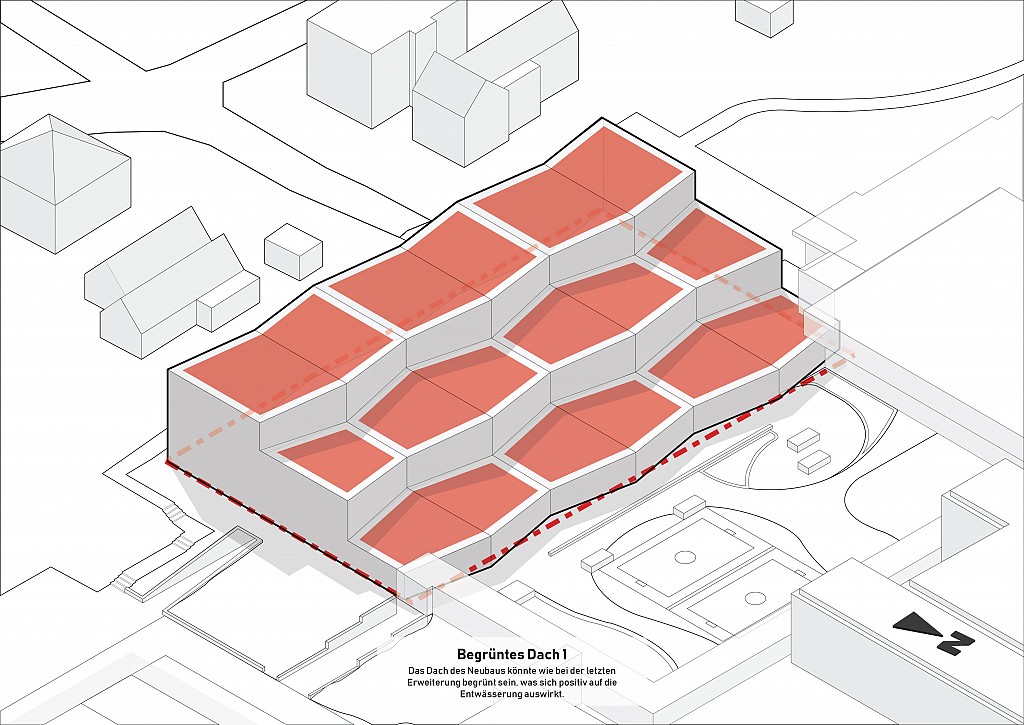 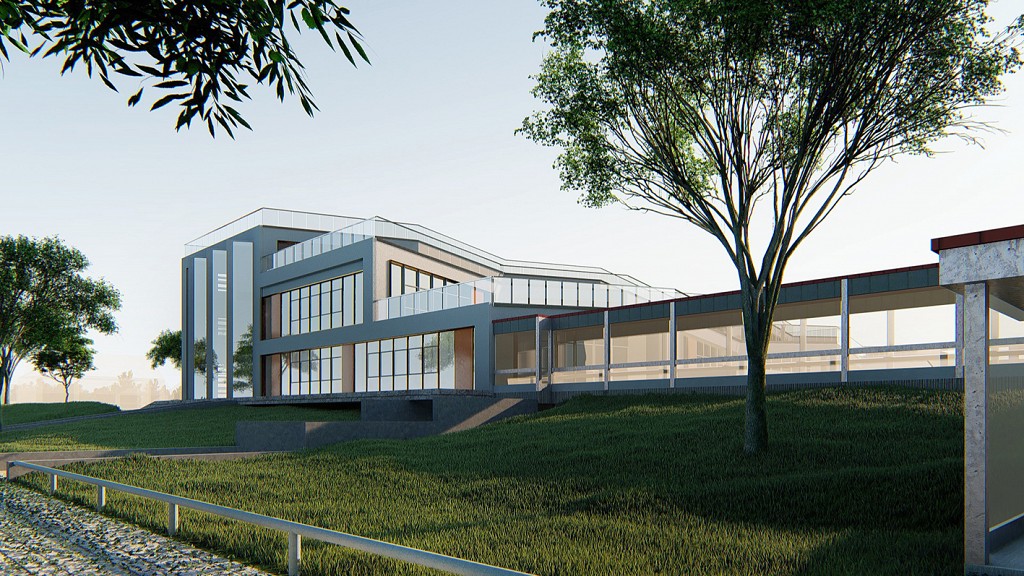 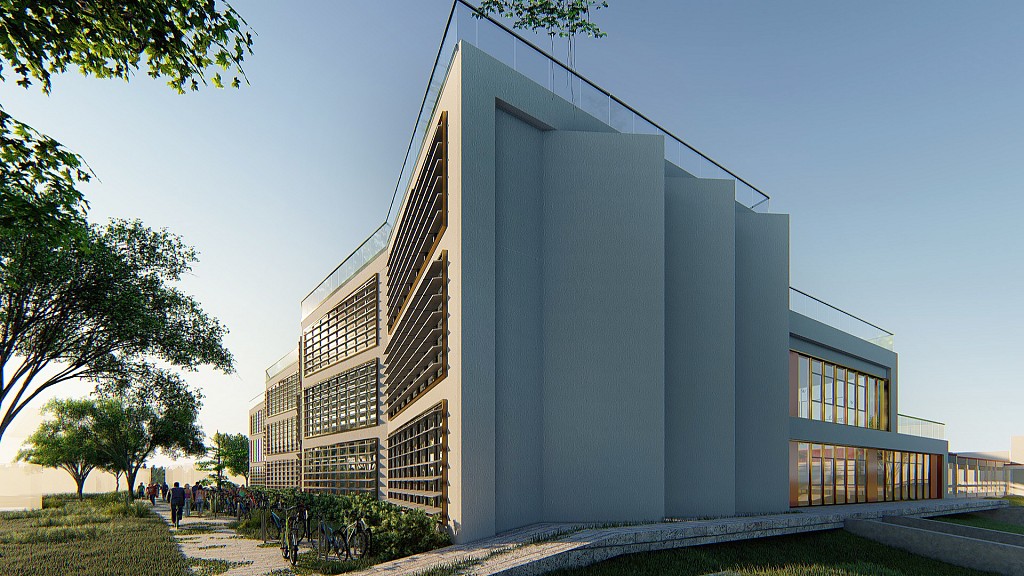 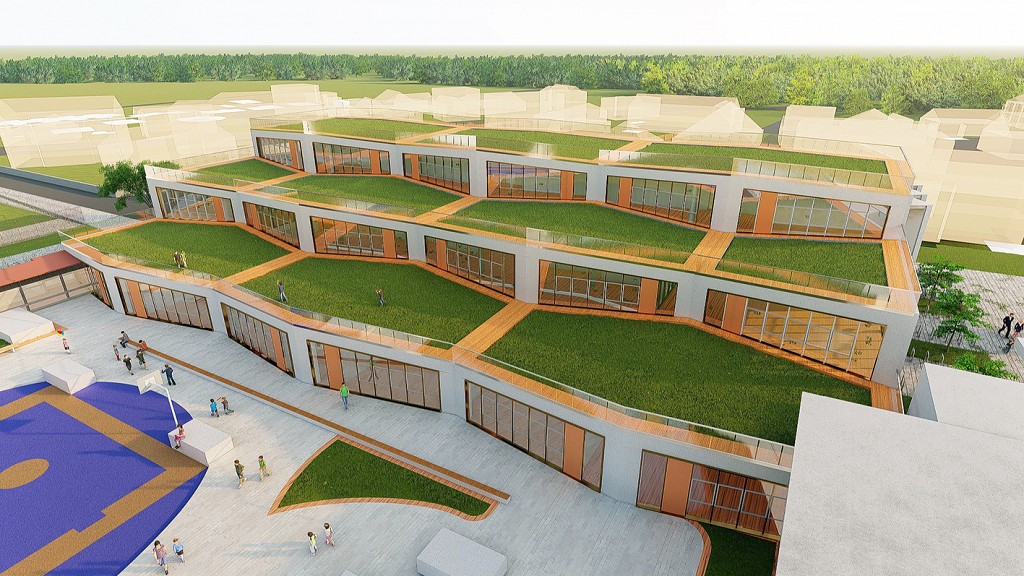 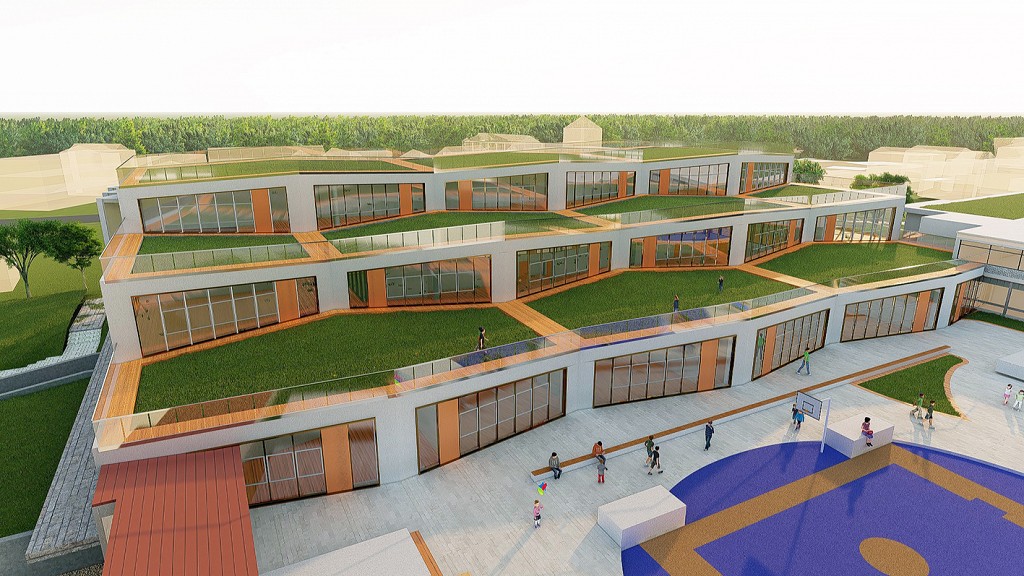 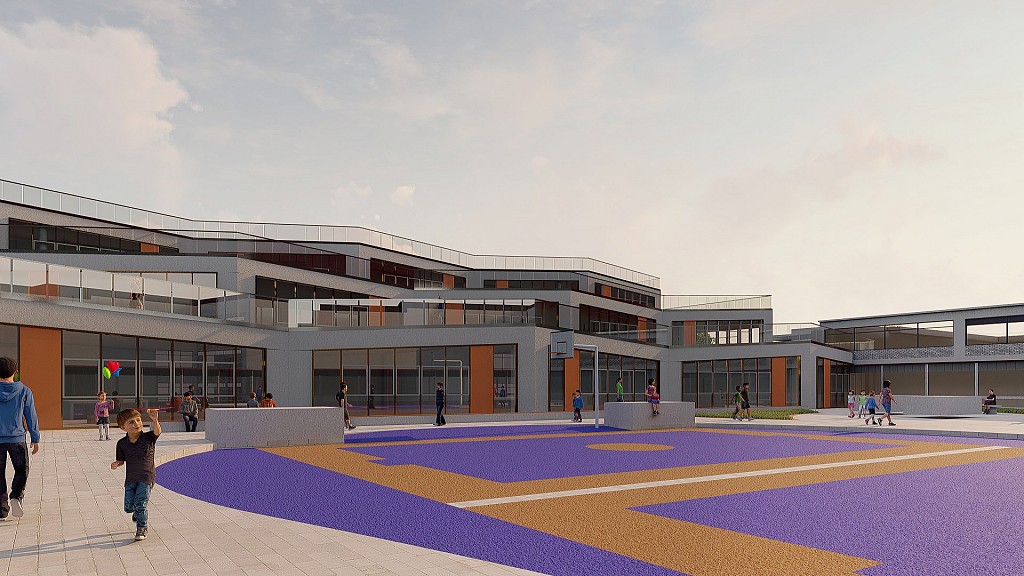