An existing kindergarten in a village is supposed to be expanded by 2 groups. The building is part of a group of institutions that form the center of village life: an elementary school, a children's house, the fire brigade, the construction yard, a sports hall and the mayor's office. The buildings were built over a period of over a hundred years and have been continuously expanded.

The kindergarten building has also been expanded several times. The property is very long and narrow, which is a challenge for an expansion. From the limitations of the environment, a building shape was developed that blends functionally into the environment and at the same time formally distinguishes itself from the existing building.

The realization of the building is planned as a wooden structure with a planted roof area. The common rooms are grouped around a solid core that contains all wet rooms. The new structure is connected to the existing facility via a glass corridor. Future extensions have been examined so that a "string of pearls" could develop over a longer period along a curved connecting path. 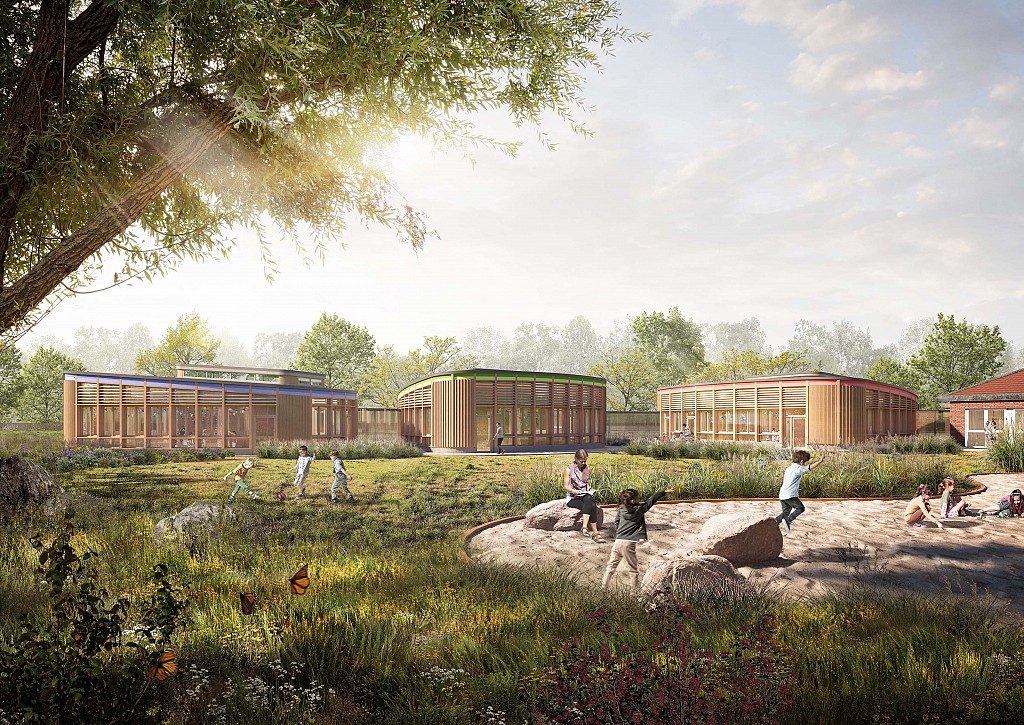 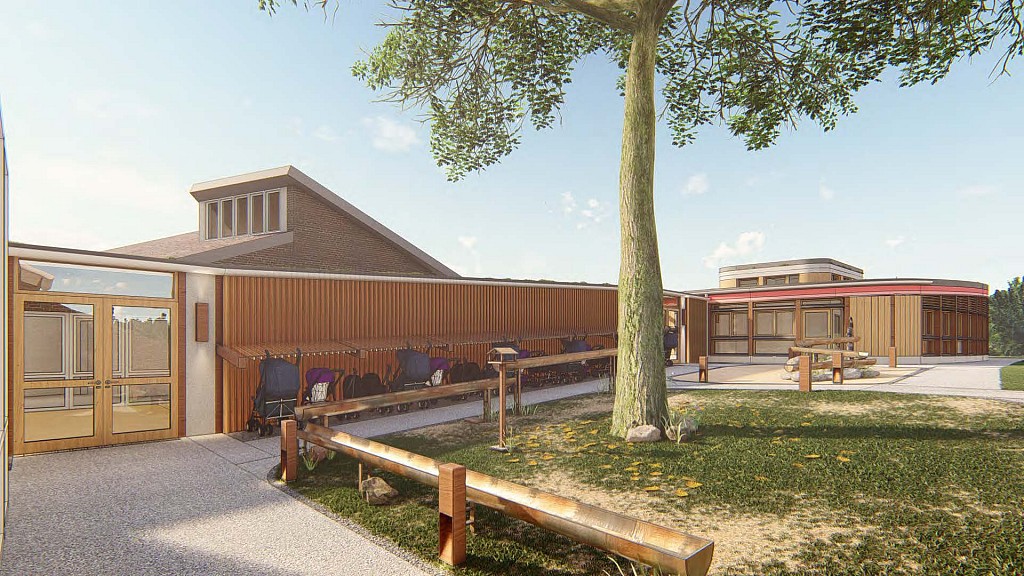 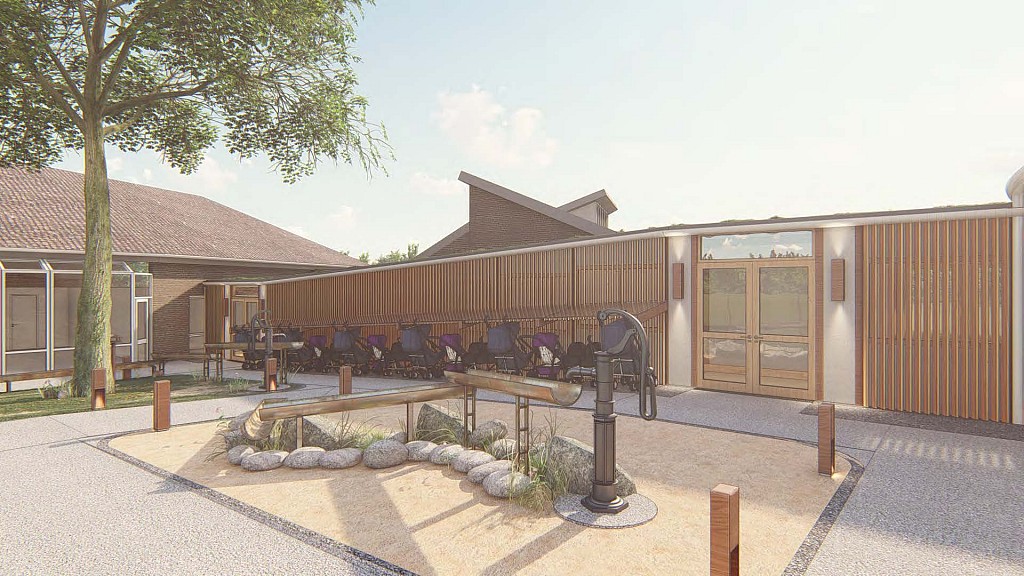 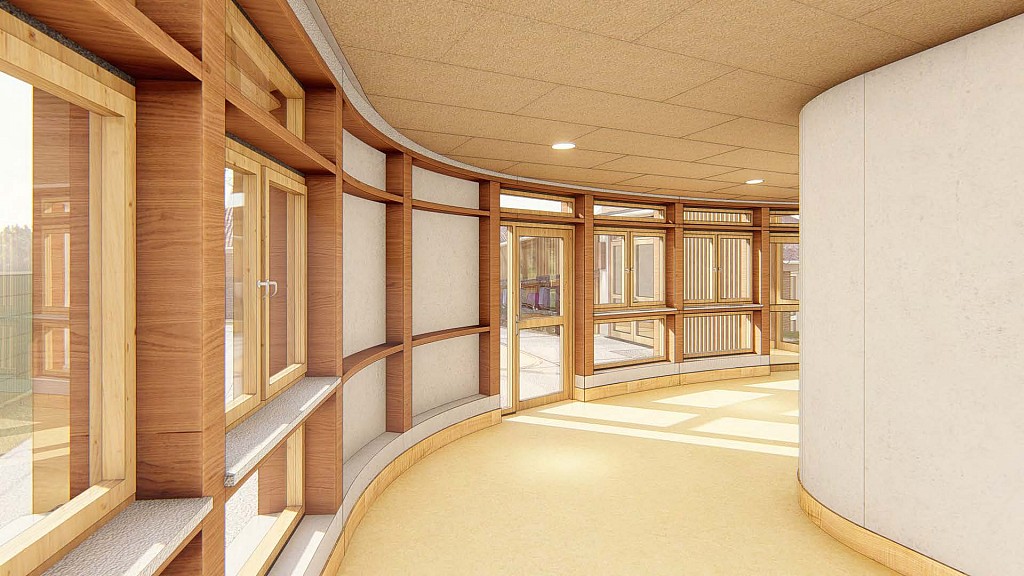